It is almost May, and although there are still several metres of snow in the high elevations, the low elevation snow is finally melting. Mountain bike trails are opening and we are moving toward another summer in BC. But looking back, everyone is still raving about this past winter! Here are a few pictures and reflections on some of the FUN: 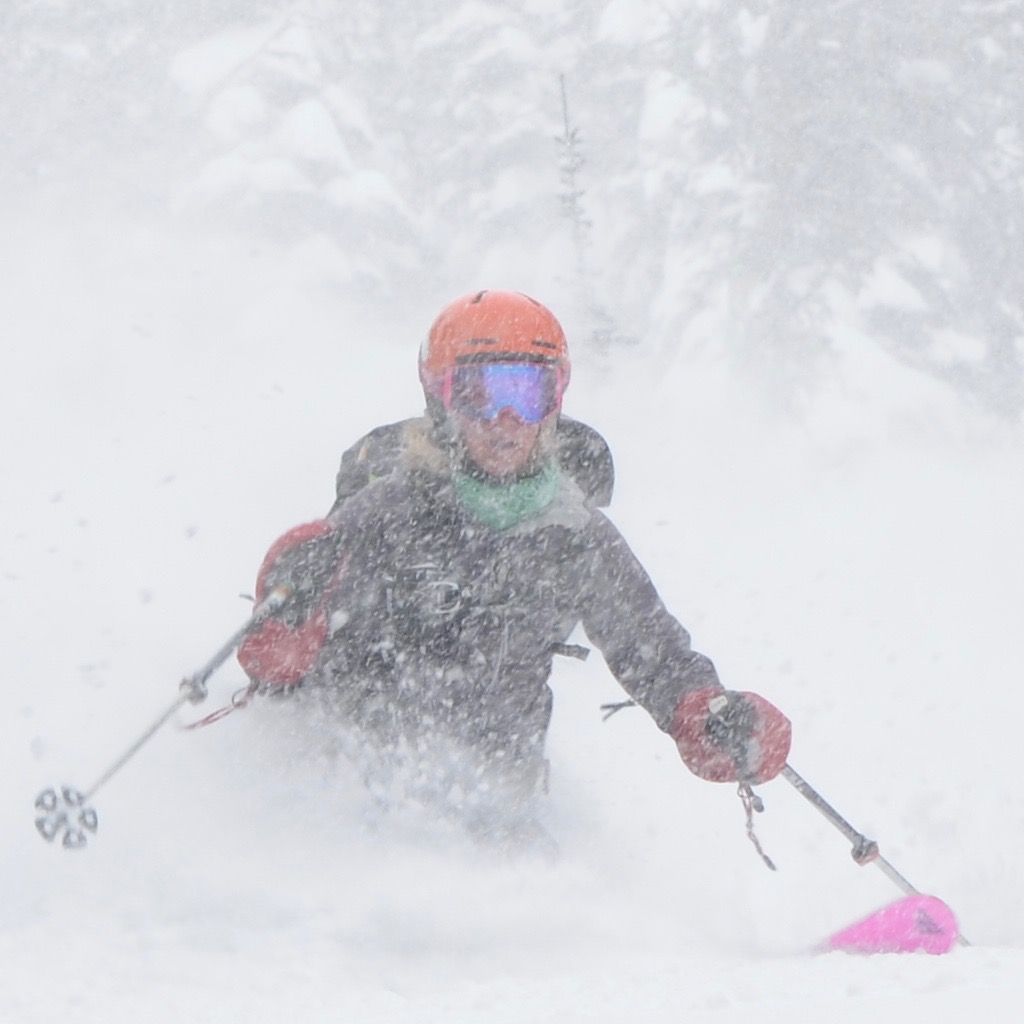 Lina shredding the deep at Hilda.

The winter started with a lot of promise. My first real day of touring was at Kootenay Pass with my pal Jordy in mid-November with deep powder and a good base. We bailed on our long tour due to crotch-deep trail breaking, doing laps closer to the highway. Every turn was a blinding face shot, making it difficult to see the next turn!

Then the rains came in late November, washing away half the snowpack, all the way to the mountain tops. The next snowfall initially bonded well to the rain crust. However, cold temperatures in December and limited snowfalls set up a temperature gradient that faceted the snow over the crust, leading to the first Persistent Weak Layer (PWL) of the season. Several high pressure events in December and January set up surface hoar layers that resulted in additional PWL’s. This made for a snowpack that had numerous weak layers stacked on top of each other. Even during the lulls in January snowfalls, the avalanche bulletin refused to drop below Considerable due to the ongoing danger deep in the snowpack. This low probability/high consequence scenario required disciplined route selection. During our AST2+ week at Powder Creek, we continually chose low-moderate consequence terrain, avoiding big features that had a risk of serious injury or death. But sure enough, even though we did not see any signs of avalanche activity, later in the week we triggered a small/medium size avalanche that resulted in a partial burial of one of the students. This was a very real and scary event that also highlighted why we were avoiding major consequence terrain in these Considerable Danger conditions. 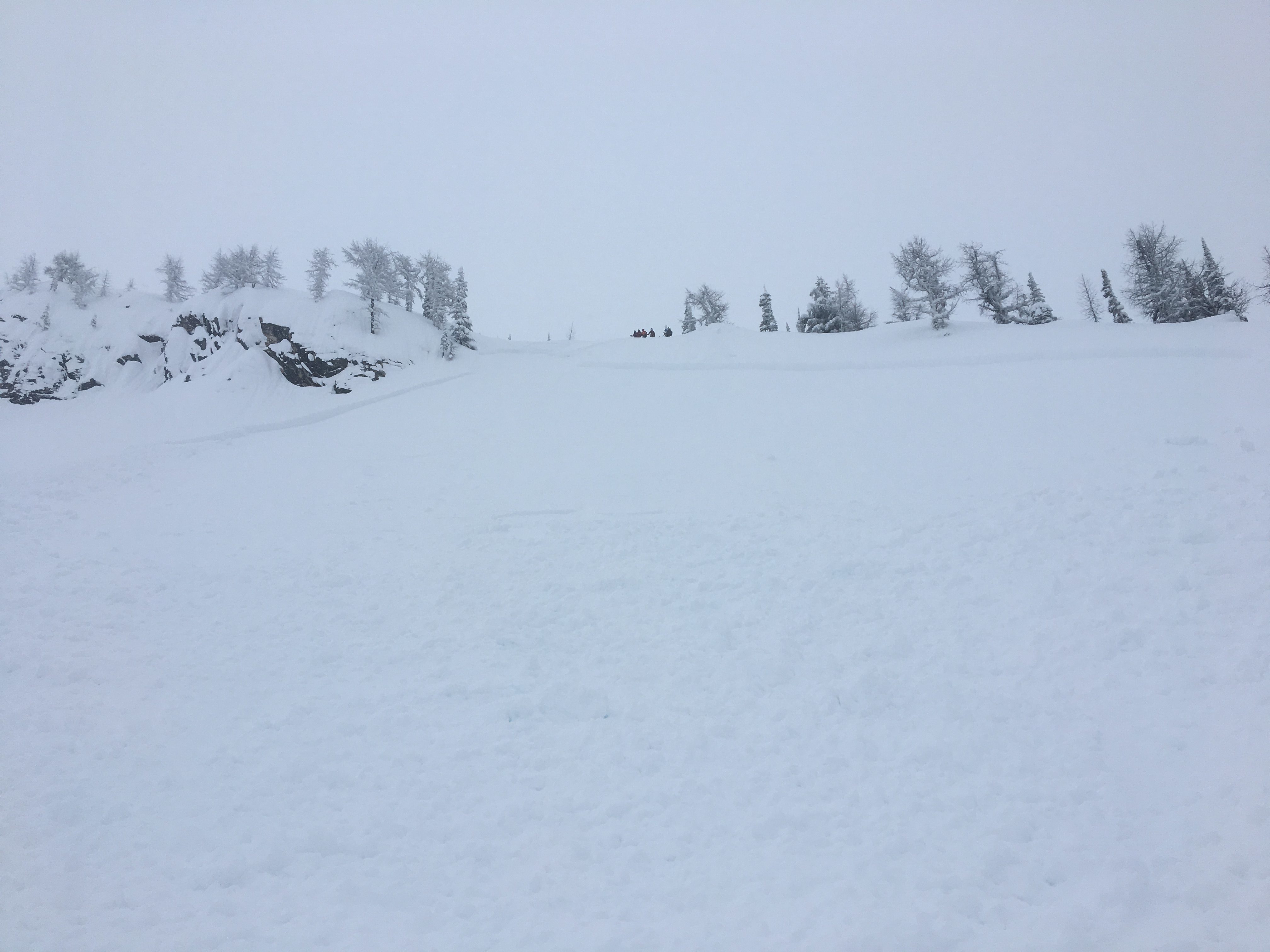 The skiing was fantastic in January, but most recreationists were being patient and avoiding big terrain. The storms continued into early February, getting more intense, with increased wind, and warmer temperatures. These storms led to a climax avalanche period at the end of the first week of February. Size 3-4 avalanches were coming down all over the Province. Many avalanches were overrunning their normal slide paths and taking out mature forest up to 100 years old. Although the Avalanche Danger spiked to High and Extreme during this period, it was just what the doctor ordered for the fragile snowpack. The warm snows set up a bridge over the fragile December/January layers. The big avalanches of early February tapered off, setting up for a more stable period the second half of February into March. Temperatures stayed seasonably cold, and it just kept snowing! There were periods of Considerable-High Danger during the larger snow/wind events, but also many days with Low-Moderate Danger. 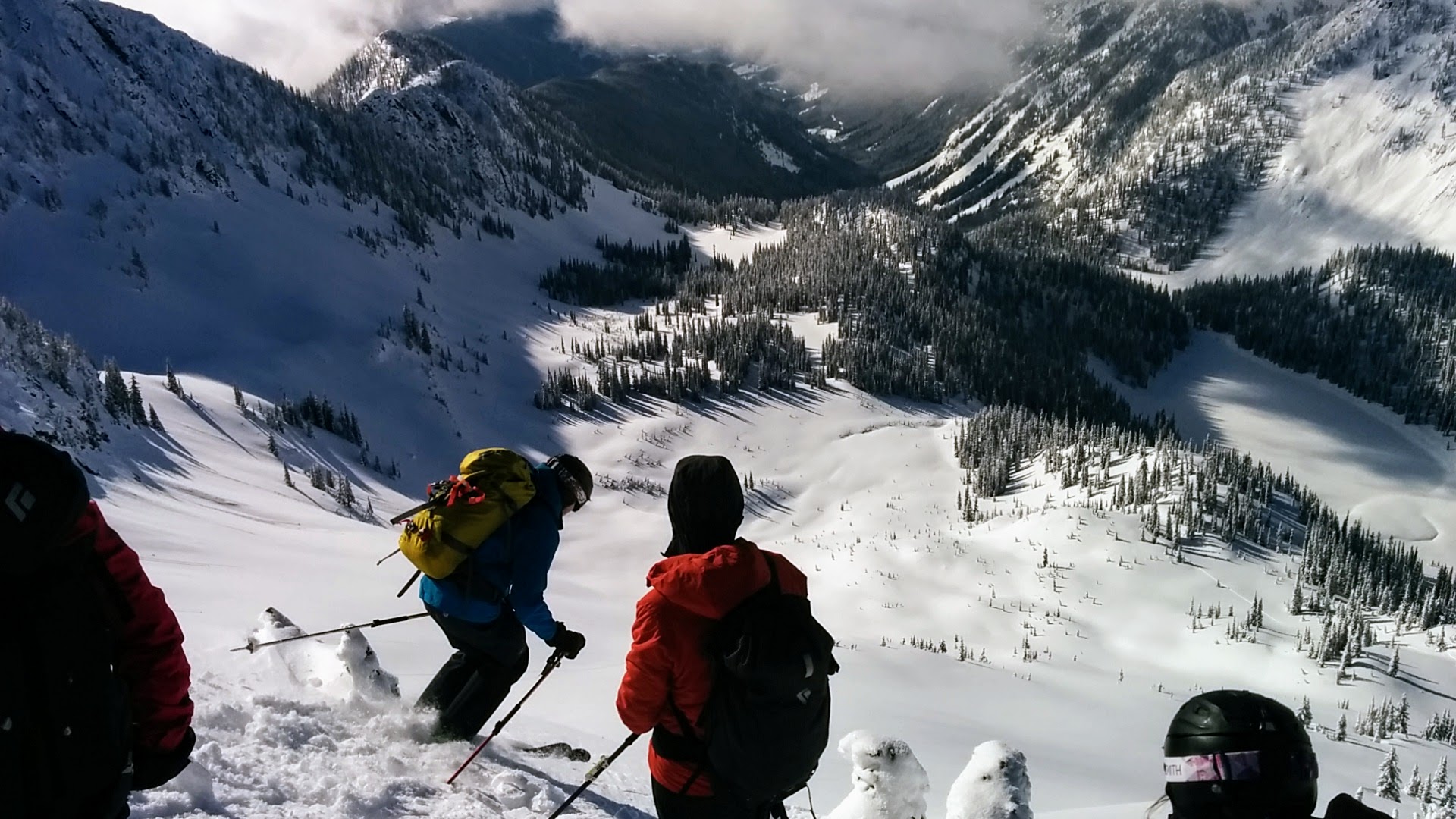 Jeff dropping in. First tracks on his birthday at the Outpost. What a week!

And it kept snowing and snowing…all the way into April, well after most ski hills shut down their lifts. Thanks Ullr, you rock! Thanks also to the 87 students taking AST courses, making a new record for Kootenay Avalanche Courses. 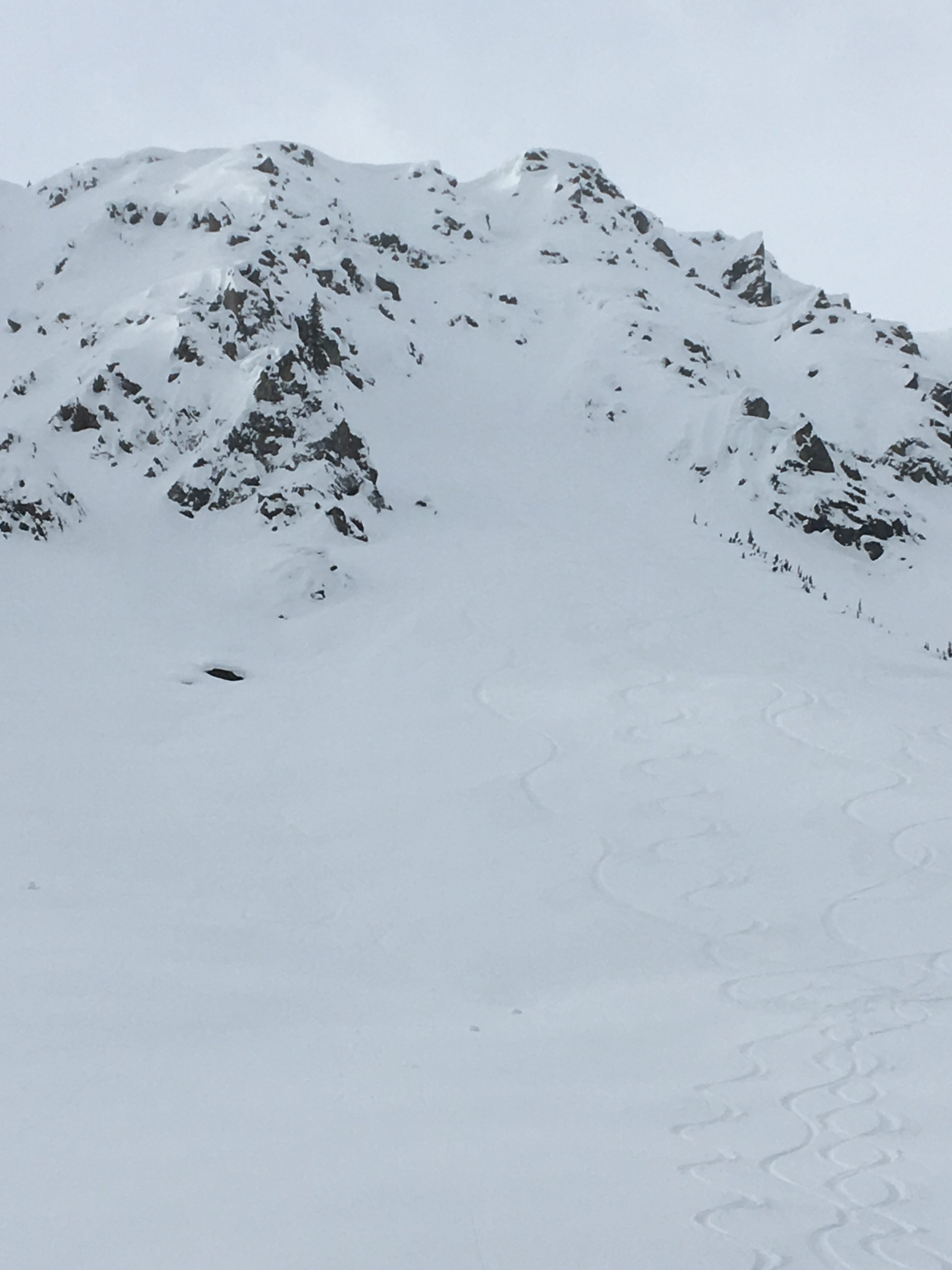